“The State and the Future of the Civil Society of Azerbaijan: The Recent Legal Amendments in the Context of the Azerbaijan’s UNHRC UPR Obligations”


A meeting was held on 26 December, 2013 by joint arrangement of Centre for National and International Studies and Centre for Law Initiatives about the current situation and future of civil society in Azerbaijan and the last legislative changes in the context of Universal Periodic Review. In opening speech the head of Centre for National and International Studies Dr. Leila Alieva emphasized about the functioning of the civil society in Azerbaijan under pressure during 22 years of independence. She underlined the importance of such meetings that the monitoring of the implementation of the recommendations suggested by the Universal Periodic Review is a mechanism on the way to the development of civil society. The head of the CNIS also added that the effective implementation of the recommendations will be significant step forward in improvement of civil society. Dr. Leila Alieva mentioned that if the recommendations about Azerbaijan suggested in the Universal Periodic Review published in 2009 were 40, the number of recommendations is currently around 160. In addition, she stated that the respond of the Republic of Azerbaijan to the recommendations has not been unambiguous, but rather been very diplomatic. Thus, the government has stated that the legislation is well-improved enough and there is only need to change and improve some acts of legislation.

Ziya Quliyev, the chair of the Centre for the Law Initiative mentioned about the negative impact of last the changes and additions made to the laws about NGOs.

The discussion of the Road Map on monitoring the implementation of the recommendations of the Universal Periodic Review was the major topic of the speech of Intiqam Aliev, expert lawyer. Intiqam Aliev stressed on the civil society which is under pressure and influence in Azerbaijan and underlined the importance of releasing the civil society from the ongoing pressure. He stated the importance of building up a special mechanism for this purpose. Intiqam Aliev further noted that the preparation of the Road Map will definitely help remove the pressure on civil society leading to its further development. The speaker mentioned about the fact that the civil society members and activists are in hard conditions, and they don’t have rights to freely assemble and associate, their other rights are also violated, which all are signs of negative processes are going on in civil society in the country. However, he mentioned that despite of all hardships the activists in civil society continue their fight, and this meeting, as a continuation of such type of events, is literally the indicator of the fact that the civil society activists have gathered to continue discussions on the issue at hand.

Intiqam Aliyev has mentioned that Univeral Periodic Review has initially suggested the recommendations about Azerbaijan yet in 2009, but the implementation of them has been ineffective. For the second time, the Universal Periodic Review has prepared its packet of recommendations in 2012 about Azerbaijan, and the latter has submitted its report as a response to the points reflected in the recommendations. As one of the negative sides of the report, Intiqam Aliev points out that the government of Azerbaijan has stated its readiness to cooperate and has mentioned its commitment to the obligations. The expert lawyer stresses that Azerbaijan has referred to the opinion of the Venice Commission as a positive one about the country, but the research done duly indicated the fact that the view of the Venice Commission has been negative. Simply, the government of Azerbaijan has shown the view reflected by the Venice Commission in a way that would serve the interests of the former: something as positive and full of praises. The Venice Commission has stated that it doesn’t have any legal right as an international organization to request a note of objection if information or data prepared by the Commission is falsified or explained differently than what it holds in. Intiqam Aliev mentioned some other similar facts too.

Some of the major points highlighted in the Road Map are as follows:

1. A working group should be formed to monitor the effective implementation of the obligations deriving from the recommendations suggested in the Universal Periodic Review

2. The issues related to this objective must be handled till March-April, 2014

3. Cooperation should be established with the Committee of Ministers of the Council of Europe before and when Azerbaijan chairs the Committee.

4. The division of labor should be done to identify who is doing and what to carry out the action plan and this process should be finished by May, 2014

The second panel, led by speaker Emin Abbasov, was about the worsening situation in freedom of assembly and association after the changes and additions made to the law regarding these two points, and the legal aspects of these changes. Emin Abbasov talked about the Package of Laws that was approved without confirmation of the civil society, and shed light on the gist of these changes. The speaker mentioned that four Laws in total have been subject to changes, and 8 modifications are about the activities of NGOs in the country. The objective of these changes is to restrain the activities of local and international NGOs in Azerbaijan and reduce their source of funding. The changes made have increased the sum of fine to be paid by physical and legal entities when the Code of Administrative Offences is broken. If the changes and additions adopted by the Parliament is approved by President, the most catastrophic blow will be on NGOs who seek to achieve the development of free and unrestricted civil society, which will in turn negatively influence the improvement of civil society.

After the panel discussions ended, the participants expressed their views on related themes. Leila Alieva emphasized that the adoption of these changes by the state are aimed to weaken civil society and increase the control of its functioning mechanism, which inhibit the development of democratic traditions. She also added that weak development of state institutions and non-existence of civil society are among the reasons of instability in Arab countries after the revolutions and remaining of the problem in the state structure. In case of Azerbaijan, 100 years ago yet there was a civil society in the country and members of the civil society possessed rights to assembly and associate freely, and were very active in socio-political life. The realities of today reflect in complete contradiction with the past, hence state has enormous impact on civil society and the latter is not free and independent.

Some of the participants came up with few suggestions on how to build up an action plan, which are worth to briefly mention. Qubad Ibadoglu, the chair of the Centre for Economic Research urged the importance of putting aside all internal problems existing among some NGOs and unite around a single goal to act effectively. Qubad Ibadoglu suggested the creation of a “Legal Clinic” where the NGOs and members of civil society should receive legal advice when necessary. He also stressed that NGOs should be very transparent and responsible in their actions. For this purpose, they should have a clear-cut action plan, right accounting system, and correct calculation of expenses and the distribution of funding on various projects. “The Forum for Civil Society” should be established and members of other civil society groups should be informed, and some activities, including Flash Mobs must be arranged. Qubad Ibadoglu also added that although it is less likely to be effective, but an offer should be sent to the Presidential Administration for cooperation on the related matters.

According to llqar Ibrahimoglu a working group with 10 people has to be formed, and a specific action plan should be build based on the Road Map prepared and divided labor among member of the working group.

Natiq Jafarli harshly critiqued this move of the government seeing it as the last step to force independent NGOs work and cooperate with the former. He suggested being fairly more active whilst Azerbaijan chairs the Committee of Ministers of the Council of Europe. He also stressed that it is pretty shameful that the Council of Europe’s Committee of Ministers is going to be led by a country who has so many political prisoners, and the support of Azerbaijan in this regard by some European politicians who show themselves as fierce protectors of democratic values, should be criticized. Also, dismemberment of Azerbaijan off the Council of Europe should be on the demand list. If necessary, the offices of the NGOs under state pressure should be moved to Georgia, and keep working and being active from there. It should be tried to annul the Council on State Support to NGOs.

For Vuqar Bayramov, international NGOs and organizations should be informed about the situation and they are to be involved into the activities. As a second suggestion, he offered writing a letter on behalf of NGOs to the President on disapproving the packet of changes to the laws. In addition, a document reflecting the negative implications of these changes should be prepared with translated version in English.

At the end of the meeting, the decision was made to form the working group through continuing communication and correspondence among the participants, and the division of labor will be identified to implement the action plan. 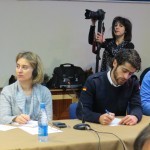 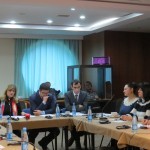 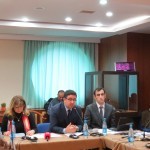 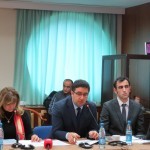 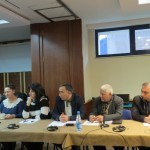 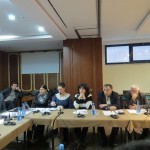 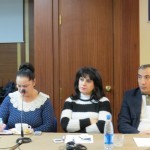 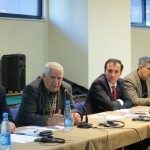 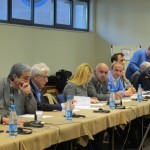 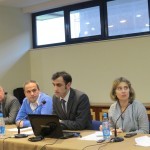 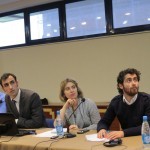 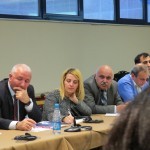 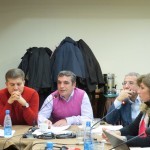 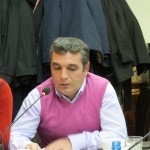 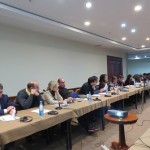 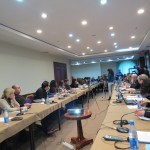 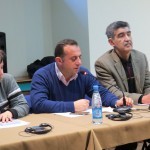 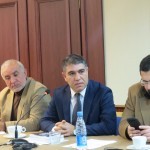 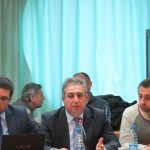 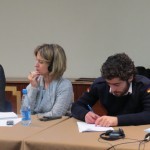 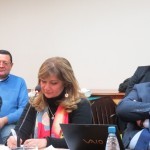 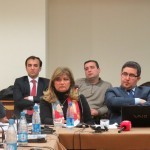 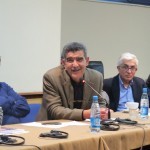