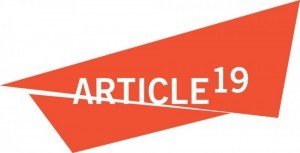 Member organisations of the International Partnership Group for Azerbaijan (IPGA) are deeply concerned by the continued politically motivated imprisonment of persons in Azerbaijan for exercising their right to freedom of expression. The IPGA calls on the Parliamentary Assembly of the Council of Europe (PACE) to take immediate action to ensure the release of these persons and to hold Azerbaijan accountable for its obligations as a Member State.

Although Azerbaijan is bound by the European Convention on Human Rights and international law to respect and protect the right to freedom of expression, the Azerbaijani authorities have failed to fulfil this commitment and frequently violate this right. Journalists, bloggers, activists and ordinary citizens in Azerbaijan face harassment, attacks and imprisonment for voicing opinions critical of the authorities.

The IPGA is particularly concerned by the detention and imprisonment of a number of persons on the basis of exercising their right to freedom of expression:

The IPGA also recalls with concern the recent imprisonment of others on the basis of exercising their right to freedom of expression:

In light of the 26 January 2012 meeting of the PACE Committee on Legal Affairs and Human Rights, the IPGA underscores the gravity of the situation of political prisoners in Azerbaijan. PACE must hold Azerbaijan accountable for its behaviour as a Council of Europe Member State.

The IPGA calls on PACE to take immediate action to address this situation, including:

The following organisations support this statement: