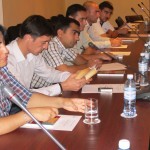 This book is the third in the series of CNIS publications devoted to a comparative perspective on the identity, policy and relations of the two Turkic states that share a common border and are located at the crossroads of Europe and Asia.

While the aim of the first volume was to put the current political developments in these two states into a historical perspective – the period of state and democracy-building which resulted in creation of democratic parliamentary republics in the early 20th century — the second focused on the post-Cold-War search for identity in Turkey and Azerbaijan. This new volume focuses mainly on the interconnection between domestic developments and relations between the two states.

As was the case with the first two volumes, this publication, which is co-edited by director of the CNIS Leila Alieva and Elkhan Mehtiyev,  is also the result of a series of  conferences devoted to the anniversary of the creation of the first Azerbaijani Democratic Republic, ADR, (1918-1920) which brought together scholars and experts from Azerbaijan and Turkey. These conferences took place in Baku and various regions of Azerbaijan, including  Ganja, Shaki, Lahic and Masalli and covered the following topics:  “Testing the Sequencing Approach to Building Democracy”,  “Democracy as the most reliable way to resolve conflicts”,  “The Human Rights Situation in Two States”, “Modernization in Azerbaijan and Turkey”, “Women’s Rights”, and “Azerbaijani-Turkish Relations and Relations with Neighbours”. Not all the articles, presented in the book are purely academic. In fact, some are policy papers or essays. While the Turkish articles are written by academics currently teaching in universities, most of the authors from Azerbaijan are either experts working in think-tanks or commentators and journalists.

The views presented in this book are very different and diverse, and some are even contradictory. However, this was another of the main purposes of the project – to reflect the debates and diversity of opinion in the two states regarding current and possible future developments in these countries. Whether written by theoreticians or practitioners, these articles  suggest alternative views on many of the acute problems faced by Turkey and Azerbaijan during the period of transition.

On the political front, the influence of the process of modernization in the late 19th and early 20th centuries cemented relations between two countries which were ethnically close, but very different in statehood terms. Indeed, in 1918 Azerbaijan had just emerged from almost a  century of colonial status under Russian rule, while Turkey was emerging from what had once been a most powerful empire. However, both were united in their desire to join the club of European nation states, implementing the visions of enlightened political leaders.   The following century deprived Turkey of its political ties with its closest neighbour due to the restrictions placed on communication by the Cold-War Iron Curtain. Post-Cold-War Azerbaijan was inspired both by its own history and by the strong and democratic state of Turkey next door — a member of NATO which was pursuing integration into Europe.

This volume, which is the concluding one in the series, proves once again that ethnic and linguistic closeness is not enough to ensure fraternal relations between the two Turkic states. In fact, it is state interests which determine the degree of closeness and the nature of these relations, primarily in the sense of political and security interests. In the early 20th century, it was the nature of the modernization process which united the two states, coupled with common security concerns. These in turn were closely related to politics.

This project confirmed that post-Cold-War relations between Turkey and Azerbaijan, except for a brief period during 1992-1993,  can be characterized by a lack of  communication between  the intellectual and political elites, civil society or the broader community, unlike the situation in the early 20th century. In fact, the extremely centralized and personalized government of Azerbaijan established close economic relations  with Turkey while   the latter  prioritized  its energy interests, relying on “comfortable” agreements with  the authoritarian leader regarding the uninterrupted flow of resources.

But these are precisely the societies which stimulate debate, movement and change, especially when leaders are wary of political involvement in the domestic affairs of a neighbour. 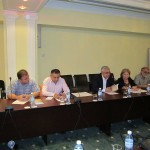 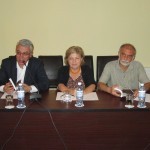 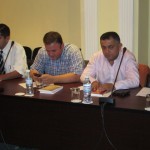 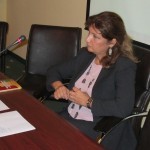 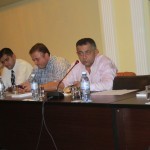 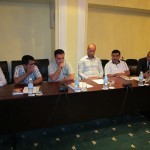