CNIS held a conference on“Human Rights in Azerbaijan and Turkey: Evaluating Prospects for the “Turkish Model” in the East” 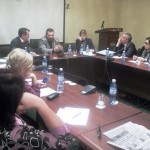 The situation with Human Rights in Azerbaijan and Turkey in the context  of “Turkic Model” of democracy was the main subject of the conference on “Human Rights in Azerbaijan and Turkey: Evaluating Prospects of “Turkish Model” in the East”, held by the Center for National and International Studies (CNIS) with the financial support of the National Endowment for Democracy (NED), at the Caspian Plaza on April 20, 2012. The conference brought together prominent human rights activists, lawyers and defenders, political parties, NGOs, journalists and international organizations. The event gave a rare opportunity for the stakeholders to openly speak and discuss most pressing problems in this area.

Dr. Leila Alieva, President of the CNIS, has opened the conference with a foreword “Although our Center is a research institution, we believe that the topic of the conference should concern any institution and individual in Azerbaijan, because this is one of the fundamentals  of democratic society”.

“Turkish government policies are weakening the traditional institutions of the Turkish state, including reduction of  the role of the military in political life”, stressed the Turkish expert of Antalya Akdeniz University Prof.Dr. Şahin Filiz.  On the one hand, it meets the interests of liberals who are promoting “basic liberties”, on the other — it aims at strengthening the role of supporters of political Islam, he said. Dr. Şahin Filiz sees in these processes a distancing from Kemalizm and strengthening Islamic factor in Turkey. “Among Islamists there is an opinion that it is necessary to restore the traditions of the Ottoman Empire, which guaranteed religious rights and freedom of citizens. However, religion should be above (? Or separate from?) politics”, emphasized the Turkish guest.

The Head of Legal Education society, Mr. Intigam Aliyev, also mentioned the Human rights violations in Turkey during the last years. “However, in Turkey, in contrast to Azerbaijan, there are still opportunities for debate on television and radio”, stressed Intigam Aliyev.

The conference touched upon various aspects of human rights problems in two countries and was followed by discuissions, which were particularly heated on ideas, expressed by  the Turkish expert on Islam. 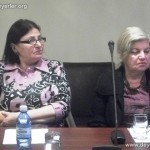 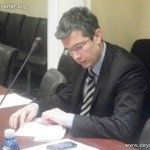 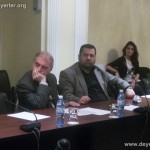 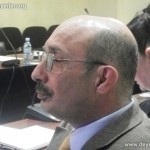 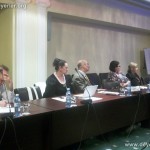 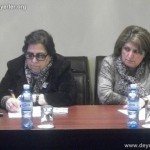 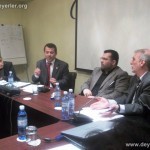 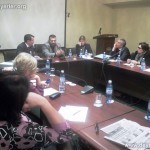