The future of stability in the oil rich states: cases of Azerbaijan, Russia and Kazakhstan.


The topic of the conference, conducted on 13 December 2013 by CNIS  within the  series of round tables devoted to the 95th   anniversary of the first democratic republic (1918-1920), was  “Factors of Power Stability in the Oil Rich States: Cases of Azerbaijan, Russia and Kazakhstan”.   At the opening of the conference the director of the Center for National and International  Studies  Leila Alieva  focused on major political challenges , which three Caspian states are facing in their  state and democracy building. She shaped the focus of discussion — the fate of sustainability of domestic stability in the oil rich states and analysis of the factors, which affect it.

The influence of oil resources on political power and its stability in the resource rich economies varies depending on structural characteristics  of economic and political systems in each specific country. In post-Soviet states, unlike in many African states, the situation is stable with political power distinguished by its sustainability. This leads to the long term irremovability of the ruling elites. By the degree of the power stability these countries are rather close to the Middle Eastern oil producing states, but certain characteristics of political economy and old Soviet style of state management  also have its say on the prospects of power stability in these countries. In which way the abundant natural resources influence the formation of state and democratic institutions, such as change of political power, system of “checks and balances”, political competition and other? Which factors- objective and subjective- determine distribution of resources, reinforcing strengthening of the ruling elites and weakening of the society and opposition? What is the role of the foreign investors in this process?

Natig  Jafarli from REAL movement analyzed the source of stability of political power in Azerbaijan, referring to the economic indicators  which illustrated how oil revenue based economic  growth and distribution of resources helped the current political elites to entrench in power for extended period of time. He stressed that while before 2005, there was still an imitation of democracy in the country, after the major inflow of the oil revenues the regime became restrictive and authoritarian- the rhetoric and policies became more repressive,  the decision making – more closed. He brought statistics f 10 years, which showed sharp increase in revenues and major economic indicators, as well as increased of national economy’s dependency on oil money.  He noted that in the absence of ruling elite’s   ideology led to the direct buying off of political loyalty with help of the oil revenues. Along with significant increase of the budget, the number of state employees and the support for police and law enforcement bodies was also increased.  However, he also analyzed the political implications of the emerging decline of the oil revenues, which would significantly reduce the capacity of the authorities to buy off support. He attracted attention to the fact, that for the first time in 20 years the revenues of the budget were reduced by 4%.

Togrul  Juvarli commenting on the topic noted, that  for the first time since independence in the parliamentary elections 2005 buying off the mandates took place.  He focused on weaknesses of the Azerbaijani economy, which undermine the future stability I the country. He commented on the nature of the oil based capital, stressing importance of its amnesty in the future. He also noted the increasing trend of the ministries playing what he called a “household” function, destruction of economy, isolationism – non- entrance in WTO or EU, non-diversification of economy. Juvarli stressed then a vulnerability  of the Azerbaijani economy to the external shocks, illustrating it by the fact, that every drop of oil price by 1 dollar will turn into 6 mln dollar wise loss monthly.

The speaker from Russia, director of the Institute of Energy Policy in Moscow, Vladimir Milov, stressed that ratio of energy resources to population of Russia is similar rather to Nigeria, than to Kuwait. There is not enough resources to change the people’s lives, but enough to corrupt the system. This indicates the future of stability of the country. Under Putin inflation reached 12%. The policy response is targeted repressions: there is personal freedom, except for political activists and until the persons stay away from politics.  The large class of bureaucracy with its interests emerged instead, as Putin allows degree of freedom, which does not curb corruption. He said, that this lasted until 2008, when economic crisis took place. The groups, whose income was seriously negatively affected by the crisis, joined protests. The industrial growth seriously slowed, and the prospects for development  are dim. The main problem of Putin’s policy was that petrodollars were spent not on modernization, but on extension and strengthening of bureaucracy.  Russia’s  economy  state sector was declining until 2000, while after that began to grow. By now it reached more than half of GDP.  In spite of the enormous state investments in the economy, there is no growth. This is mainly due to corruption, lack of risk responsibilities of the bureaucrats involved in economy, and monopolies. Two factors which contribute to the stability in Russia: resources and low state debt of Putin’s government, which allows it to preserve “status quo”- on the one hand, and the population’s fear of uncontrolled changes . Yet, in big  cities people vote for opposition candidates and Putin’s rating is steadily declining. Russia is still a country slow to change, the country, which somewhat overdid with radical reforms. He also stressed that  large accumulated  funds, can in no way be a guarantee of the financial stability in case of crisis.

Sergey Solianik, consultant with Crude Accountability in Almaty, focused on situation in Kazakhstan. He noted, that so far the democracy building and economic development was characterized by the imitation, which led to a failure of political and economic modernization. 80% of country’s business is in the hands of the president and his family. The access to the national resources is sanctioned by the president’s personal decision. There is practically no agriculture, and there is an evident misbalances in economy. The economy is unsustainable, as it is totally dependent and built on oil and gas resources. This does not take into account the demands of the future energy market, as there is quick development both in alternative energy and new sources of energy, as well as political areas. Moreover, the biggest poverty is  in oil extracting regions. The reforms are reduced to the re-shuffling of the bureaucracy, which is called in the country “ flow of the officials from one office to another”. Because of that, the social tension is growing, expressing itself in periodic protests, conflicts and riots. He concluded, that all this proved fragility and vulnerability of the Central Asia stability.

The presentations were followed by discussions, which focused around  analysis of the middle class of three states, role of Russia and EU and the US, the future of the Customs Union, the future of the protest movements in these states and other. 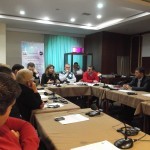 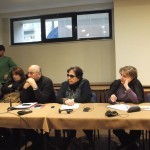 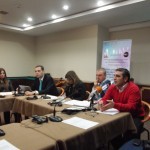 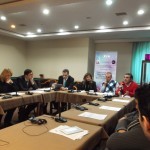 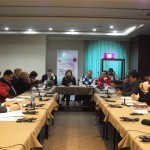 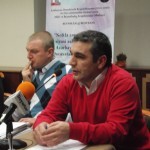 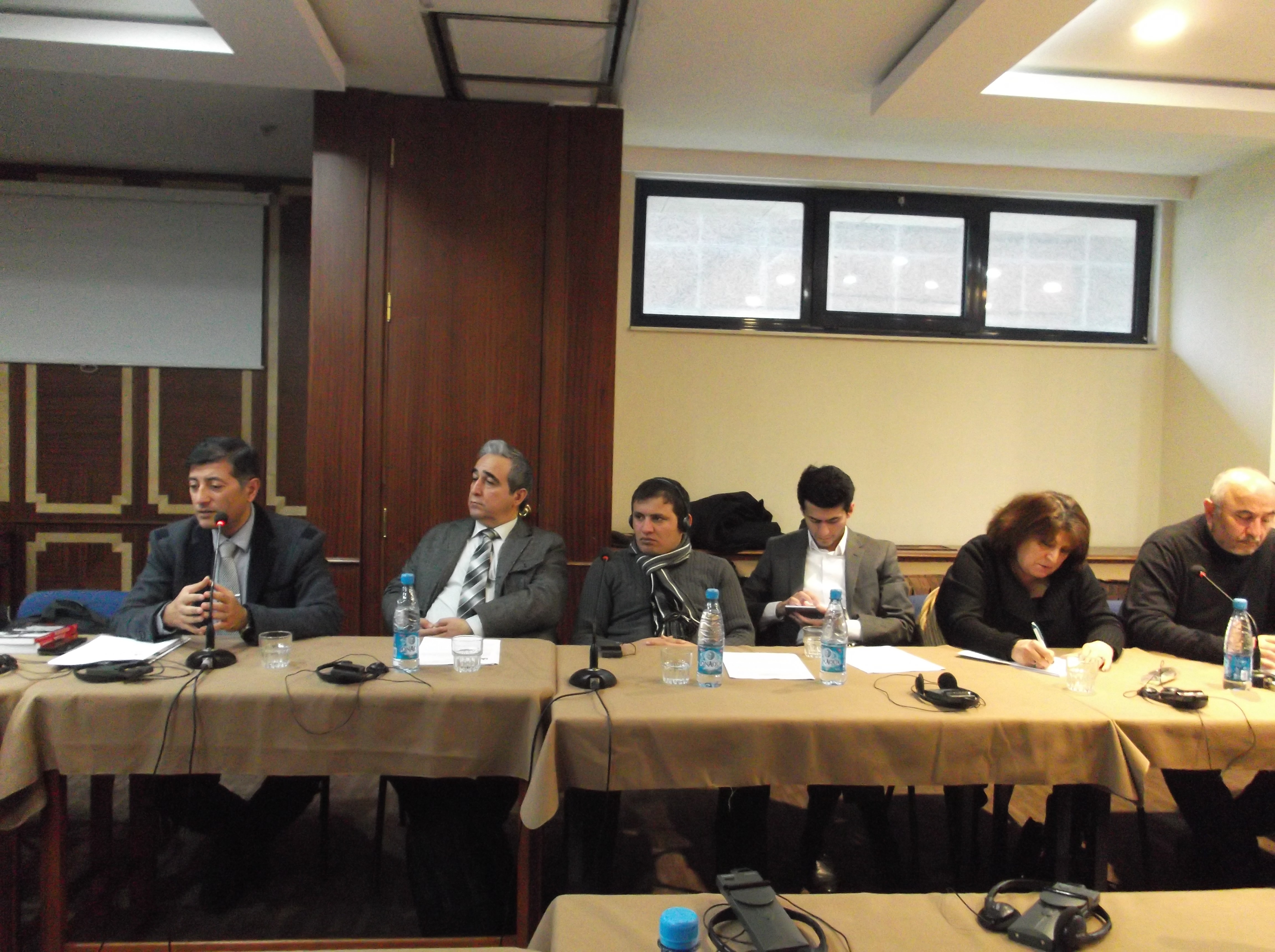 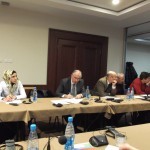 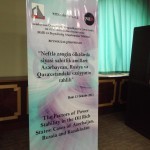