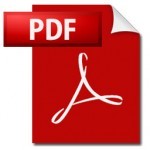 The conflict over Nagorno Karabagh, the  region of Azerbaijan Republic  with status of Autonomous Oblast,  has erupted  in late 1980s, against the background of the collapsing Soviet Union. with the region’s  claim of independence from Baku.  As the autonomous region was not homogenous and had 24% of Azerbaijani population, who did not want to separate from Azerbaijan Republic, the exclusive claims led to  inter communal clashes in Nagorno Karabagh. Animosity and violence in two republics had caused mutual flows of refugees, which in turn reinforced domestic instability in Armenia and Azerbaijan. With independence the conflict transformed into the undeclared war between the two republics, with Armenian forces moving in Azerbaijan sovereign territory to take control over  Nagorno Karabagh region and 7 more regions beyond it. In 1994 under the auspices of the OSCE and with Russian mediation the ceasefire agreement  was signed between the governments of Azerbaijan and Armenia.