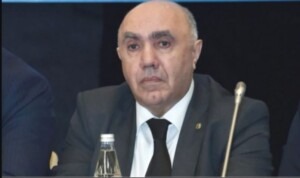 “Therefore, there is no national economy in Azerbaijan: there is a family economy and a family rule.”.

Veteran Nazir Hasanov, a resident of Ujar district, set himself on fire in protest against the suspension of the allowance given to him by the Ministry of Labor and Social Protection. The veteran was admitted to a hospital in Baku, and his condition is critical. According to independent journalists, at least 40 veterans have committed suicide, and there are more than 50 cases of attempted suicide.

Chairperson of ADWP  Gubad Ibadoghlu said that the vast majority of those who commit suicide resort to this choice due to financial challenges. “In order to solve this problem, the government should have a different approach and provide social payments at a level that will ensure their normal living and opportunities for business activities”, said Ibadoghlu.

Activist Bakhtiyar Hajiyev also criticized the authorities for negligence but added that the public should be active in demanding better treatment for the veterans. “Those who have the opportunity to prevent this are sitting in their comfortable chairs, busy with other things. But the public also reads this news only for the time being, feels sorry for a short time, and then everything is forgotten.”

Another veteran, Fagan Museyib oglu Isayev, a veteran of the second Karabakh war, told Meydan TV about his health and financial issues. Isayev, born on November 9, 1994, in the village of Mirti, Goychay district, can’t move his lower body due to a herniated disc. The veteran said that he lives in an old, unfinished building with his two brothers and parents.

The lawyer of Ali Aliyev, chairperson of the Citizen and Progress Party, said that Aliyev was not allowed to meet with his lawyer or even talk to his family on the phone under various pretexts. Human rights defenders expressed their concern that there will be a new criminal case against Aliyev. According to his lawyer, Aliyev has been accused of “injuring his cellmate,” and using this pretext, his sentence will be extended.

On Thursday, the couriers of the “Wolt” delivery company went on strike in protest against low wages, exploitation, and violation of their rights. The company fired several of the complaining couriers, and many of them were summoned to the police.

Chairperson of ADWP Gubad Ibadoghlu said that in contrast to what the government claims, the reason for inflation is due to the internal situation. Ibadoghlu wrote: “If you look at the statistics of industrial production, one can easily associate the reason for the high inflation and the constant and rapid rise in prices in Azerbaijan with the internal situation. Due to the high dependence on the oil and gas sector in Azerbaijan in all parameters, the economy is bogged down. This year we are experiencing a slowdown,  and it will accelerate from next year if there are no reforms. It is not worth expecting reforms from this government because every change they make in the economy is to serve the corporate interests of Pasha Holding. Just as they turned the Central Bank into a branch of Pasha Bank,  the economy of Azerbaijan was put under the control of Pasha Holding. Therefore there is no national economy in Azerbaijan, there is a family economy and a family rule.”

It is said that the head of the Ideological Work and Moral-Psychological Support Department of the Ministry of Defense, Major General Bekir Orujov was detained by law enforcement agencies. It is reported that the general was detained as a suspect in connection with the Tartar case. Tartar case is notorious mass torture of more than four hundreds of Azerbaijani servicemen in 2017. During the last few months, at least 20 high-ranking representatives of the Ministry of Defense have been arrested on various charges such as financial fraud, embezzlement, torture, and murder.

Economy and cost of living crisis

Although almost two years have passed since the liberation of the occupied territories, still not a single IDP family has returned to their homes. While the government promised the repatriation of those who had to leave when the first Karabakh war broke out, the IDPs complained about the excessive delay.  Chirag Huseynov, a resident of Kalbajar, told Azadliq newspaper that he is worried about the delay in returning to his native village that was liberated from the occupation two years ago. On behalf of IDPs, Huseynov addressed a broad appeal to intellectuals and relevant institutions with the hope that authorities would consider it.

Gubad Ibadoghlu Know that corruption in Karabakh delays the return of internally displaced persons to their homes for years. Also, know that those who loot the state budget in their name are not interested in the non-return of internally displaced persons. Therefore, the return to the country is being delayed. IDPs who want to return to their homeland should also know that they will not be able to achieve their wishes by waiting, and the return will take until 2040. Those who return years later will see that the land that belongs to them has been privatized for a long time. So be proactive and demand your rights.

Former chief prosecutor of Azerbaijan Zakir Garalov‘s was denied to leave the country. Garalov was planning to visit Germany for medical treatment; however his request for permission to leave the country was rejected. According to relatives, Garalov, who is suffering from lung desease, was told to invite the doctors from Germany.

Chairperson of APFP Ali Karimli criticized the government for the recent salary increase that was applied only to senior officials such as judges, prosecutors, and executive leaders. According to government sources, the salaries of MPs and other high-ranking officials were increased in accordance with the “international practice.” Karimli said that, that considering international standards only when increasing the already high salaries and ignoring them completely when it comes to improving the living standards of ordinary citizens is unfair. Karimli wrote:  They have increased the salaries of MPs, judges, prosecutors, executives of state companies, and other privileged groups up to 5,000, 8,000, and 13,000 manats. They somehow forget to follow “international practice” when it comes to 95 percent of the country’s population. Why didn’t you remember “international practice” when 850,000 people receiving salaries from the state budget were paid less than 410 manats? Because you don’t provide normal benefits to veterans, they commit suicide en masse. Assigning up to 12 thousand manats monthly salary to the group that is protected and privileged and leaving hundreds of thousands of teachers and medical workers in need of 300-500 manat salary, and 1.2 million pensioners in need of 240-300 manat pension is unfair. If we are going to follow the “international standards” of wages, this should apply to everyone. No, if you, who are only 2-3 percent of the population, want to set a salary with “international standards” and condemn 95 percent of the population to crawl with “Azerbaijani standards”, then you should know that it will not work. This injustice and social stratification will hasten the end of your regime.”