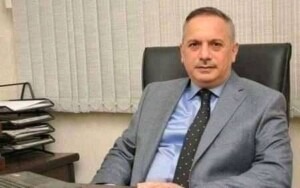 Human rights defender Rufat Safarov says that the imprisoned member of the Board of Directors of the D18 Movement, Afiaddin Mammadov, was threatened with rape at the police station.

Rovshan Mammadov, who was detained on November 11 during the rally held by the APFP, was sentenced to 30 days imprisonment. Meydan TV interviewed Mammadov’s wife, who said that since the arrest of her husband, it has become even more difficult to support the family. “He used to collect iron, cardboard, and steel from the garbage and sell them. Torn rubber shoes, boots, things like that. He would collect glasses and jars and bring them home, and I would wash them at home, and then he would sell them. This is how we make a living. One person had to support four. My daughter, who is in 9th grade, needed her photo taken, but I couldn’t afford to pay 2-3 manats to take it and send it to school. Today was the last day, and I wrote to the teacher that her father had been arrested, I could not pay for it. As you see, the house we live in is in a dangerous condition, and it does have a bathroom. I had to fill the holes in the wall with the cloth.”

In the last court hearing of the chairperson of the Citizen and Progress Party (VIP) Ali Aliyev, the public prosecutor asked for four years of imprisonment. VIP Chairperson Ali Aliyev was found guilty of beating his cellmate and is currently charged with Article 127.2.3 of the Criminal Code (deliberate harm to health with hooliganism). Aliyev denied the accusations and said that provocation was committed against him in order to extend his prison sentence. On January 13, 2022, the Yasamal District Court of Baku sentenced him to five months of imprisonment on the charge of slander, but he was not released even though he served the term, and his imprisonment was extended again with the same charge. Aliyev was later charged again while still in prison, and his term of imprisonment was increased to one year.

Chairperson of ADWP Gubad Ibadoghlu condemned the court decision calling for immediate release. Ibadoghlu’s Facebook post reads: “It seems that Ali Aliyev, the chairman of the VIP, who was arrested on false charges by the decision of the non-independent courts of Azerbaijan, will not be released, and his prison sentence will be extended for several more years. We believe that this decision was made with political motives and condemn the repression against Ali Aliyev. It is not a secret to anyone that Aliyev has been punished with false charges for his political activities.”

Chairperson of APFP Ali Karimli also condemned the arrest and said that all political prisoners should be released. Karimli wrote: “I consider it an act of political repression and strongly condemn the decision of 3.5-year imprisonment for Ali Aliyev, who was arrested on trumped-up charges. Ali Aliyev was previously sentenced to one year in prison by three different court verdicts and is a political prisoner. This time, Ali Aliyev was charged with Article 127.2.3 of the Criminal Code (deliberate harm to health with hooliganism). I have no doubt that this accusation, like the previous ones, is false. We demand the release of Ali Aliyev and all political prisoners.”

Chairperson of NCDF Jamil Hasanli also commented on the charges against Aliyev and called his arrest politically motivated. Hasanli wrote: “Sentencing people with extra charges while still in prison, especially the political prisoners, is part of Ilham Aliyev‘s strategy to build a “state of law”. We demand the release of Ali Aliyev, whose sentence was extended for another 3.5 years on false charges.”

A resident of the Aghjabedi district, and veteran of the 44-day War, Alasgarov Javid Yalchin oghlu set himself on fire. According to his parents, Alasgarov was experiencing family issues that arose from the traumas he received in the war and the neglect he faced after the war. The veteran was brought to Narimanov Medical Center, where he receives treatment for serious burn injuries.

Exiled journalist Ganimat Zahid reported that blogger Orkhan Aghayev, a political refugee living in Berlin, was attacked and beaten near the building where he lives. The attackers were armed with knives and seriously injured Aghayev, who was hospitalized. Aghayev’s wife could record the attackers using her phone, but they could manage to leave the scene.

On November 21, an event was held at the Heydar Aliyev Center on the occasion of the 30th anniversary of the establishment of the New Azerbaijan Party (YAP). The chairperson of the ruling New Azerbaijan Party, president Ilham Aliyev also attended the event. Several party leaders, such as Ilgar Mammadov of REAL, Tural Abbasli of AG Party, and Igbal Aghazade of Umid Party, were among those who were invited to the event. However, neither the APFP nor NCDF was invited. Chairperson of NCDF Jamil Hasanli said that although, according to the law, the president cannot be a member of any party, Aliyev is not only a member of the Party but also its chairman, and his wife, who is the first vice-president is also his first deputy. Hasanli’s interview with AbzasMedia: “The size of the Party is determined not by the number of its members, but by its influence in society and its place in public opinion. Unfortunately, YAP does not have a reputation in society that is commensurate with its numbers, and it does not have a positive image in public opinion. YAP has 773 thousand 770 members, but you can’t find seven people who read the articles of the “Yeni Azerbaijan” newspaper, the main online media of the Party. YAP is a party established on the basis of a family management system. After the death of its first chairman, the chairmanship of the Party passed to his son. Moreover, Mehriban Aliyeva, the wife of party chairman Ilham Aliyev, became the first deputy chairman. YAP is out of constitutional control, and its administration does not follow the laws of the country. According to the current laws, the president cannot be a member of any party. However, the president is not only a member of the Party but also its chairman, and the first vice-president is also his first deputy. According to the current laws, the core members of political parties cannot operate in scientific and educational institutions. But in fact, YAP cores operate in all higher and secondary schools of the country. President of the Academy, Isa Habibbayli, says that until 2013, there were nine core members of YAP in the Academy, currently, the members of the Party are functioning in all structures, and Academicians, Correspondent members perform the function of YAP activists in the Academy. The 30-year history of YAP is the history of creating a network of corruption in Azerbaijan, the transformation of bribery into an administrative mechanism, and the turning of budget looting into a management method.”

In his interview with Meydan TV, the chairperson of APFP Ali Karimli said that his Party would not attend an event that was organized to deceive the people. “I have not received an invitation from YAP, and I do not consider it unexpected. It could not be otherwise. I admit that even if I were invited to the YAP anniversary event under today’s conditions, I would not go. However, this does not mean that we do not want normal government-opposition relations. We are in favor of a normal government-opposition relationship. But for this to happen, the government must respect the most fundamental rights. The government suppresses the people, and the relationship between the government and the opposition is that of the oppressor and the oppressed. It is nothing but hypocrisy to create an image of civilized relations under such circumstances. Two hundred activists of the PFP were arrested for attending a peaceful rally. Torture has become commonplace in the country, and since 2013, the number of political prisoners has not dropped below 100. The destruction of political parties has become state policy. The opposition party is deprived of its headquarters, and the absolute majority of its members are political prisoners or unemployed due to their party affiliation. The elections are falsified, and municipalities and the parliamentarian system are destroyed. Creating the image of civilized relations between the government and the opposition in such a country is an attempt to deceive the people.”

Member of NCDF Tofig Yagublu also commented on the anniversary event criticizing the party leaders who attended the event. Yagublu’s post on Facebook: “The establishment of family rule in the country, falsification of elections, looting the state budget, torture and imprisonment of innocent people sum up the last thirty years. Attending the anniversary of a party that welcomes and supports all this ugliness has nothing to do with political culture and is in fact lack of culture. If you applaud Ilham Aliyev’s lies in his speech describing Azerbaijan as a paradise and if you accept that everything is so beautiful and that the domestic and foreign policy is perfect, then why do you say that you are in the opposition? If everything is great, what do you object to, and what do you want to change?”